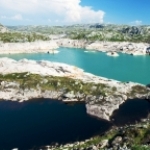 The Norwegian Fjords - the Most Spectacular Sights in Norway

The Norwegian Fjords are the most spectacular sights in Scandinavia. There are roughly 1,190 fjords in the region, making this country a favorite spot for beauty seeking tourists worldwide. A sort of mystical paradise, visiting Norway and the Norwegian Fjords will leave you with unforgettable memories you'll find yourself telling for years to come.

Why Iceland Is Becoming a Hot Spot for Tourists World Wide

What is it about Iceland that keeps its visitors yearning to come back time and time again? Maybe it's the legendary folklore, the captivating landscape ranging from glaciers to volcanoes to the breathtaking Blue Lagoon, or perhaps it's the friendly locals who in a recent study declared Iceland as one of the greatest places to live. According to the 2013 World Happiness Report released by Columbia University's Earth Institute, Iceland ranked in as one of the top 10 happiest countries in the world.