Iceland, with its landscapes and features, has long been a popular filming location. The country`s mysterious nature is incredibly dramatic with untouched wilderness and Arctic Circle`s excellent lighting conditions. Iceland`s landscapes feature towering rock formations and sea stacks which look like petrified trolls. The lava fields are believed to be inhabited by hidden people, who can move between our world and theirs.

It is little wonder, therefore, that the Game of Thrones creators settled on Iceland when looking for the brutal, barren and frozen environment, beautiful and fantastical caves to represent the lands North of the Wall. Many fans want to visit all the filming locations of the series including the severe iceland.

Game of Thrones the Wall locations

You have noticed the incredible sites in the Westoros world. Many of the fantasy locations for this epic TV series were filmed in Iceland, in particular, the scenes north of the wall filled with snow and ice.

Iceland was the main location for the scenes set north of the wall from season 2 onwards. Several other Seven Kingdoms sites were also filmed in Iceland.

Arrowhead mountain (Kirkjufell) can be seen in season 7 episode 6 when the heroes go to the north of the wall. It also was seen in season 6 episode 5 with Kirkjufellsfoss when the children of the forest created the first White Walker. 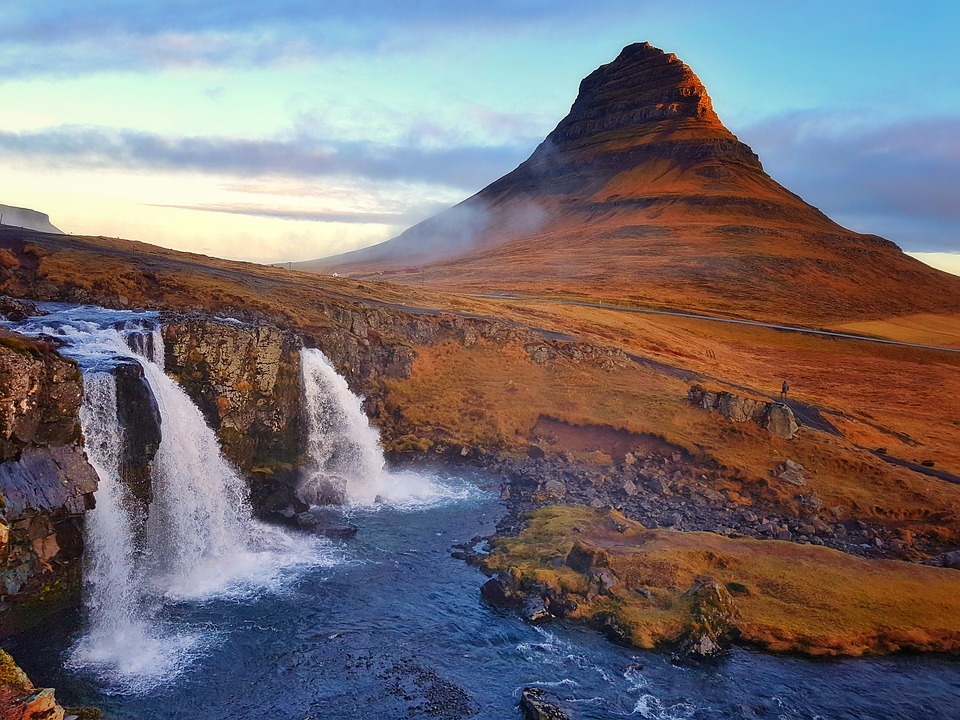 Wildling hot spring cave (Grjótagjá) is a small cave in the Lake Mývatn a favorite bathing place where the actors Jon Snow (Kit Harrington) and Ygritte (Rosa Leslie) had their moment in Season 3 episode 5.

Wildling Camp (Dimmuborgir) is a large area of unusually shaped lava fields east of Mývatn, with various volcanic caves and rock formations. It is a top-rated natural tourist attraction in northern Iceland. Icelandic legend has it that Dimmuborgir is the home to a famous troll named Grýla and her third husband, Leppalúði. Here the wildlings set up the camp in season 3 north of the wall. Also, you can see this place when Ygritte steals Jon`s sword and gets him into the cave.

North of the Wall (Svínafellsjökull)

North of the Wall (Svínafellsjökull) appears in season two, and three as most of the beyond the wall scenes were filmed in Svínafellsjökull which is an outlet glacier of the Vatnajökull glacier with amazing views. 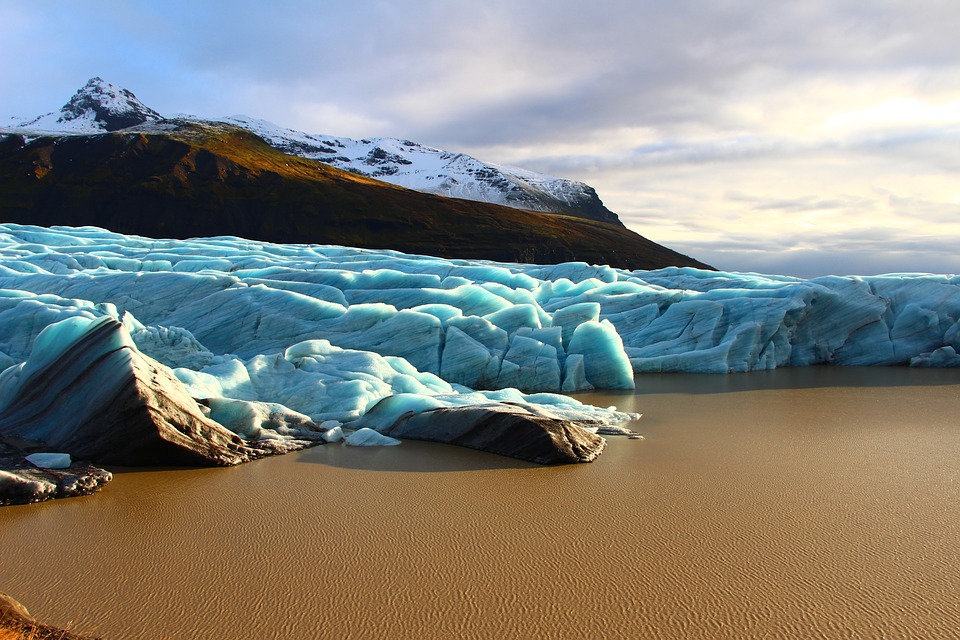 North of the Wall (Vatnajökull Glacier)

Vatnajökull is one of the largest glaciers in Europe, covering more than 8 percent of Iceland. The glacier is home to several volcanoes and volcanic lakes, and it was a film location north of the wall.

Entrance to the Eyrie (Þingvellir)

Þingvellir is a national park about 40 km from Reykjavík. It is a UNESCO World Heritage Site of historical, cultural, and geological significance. The Mid-Atlantic Ridge runs right through the national park and separates the Eurasian and North-American tectonic plates.

You can see it when Littlefinger and Sansa Stark arrive at the Eyrie and when Catelyn Stark comes in season 1 to her sister.

Thorufoss is a waterfall around 18 meters high and is located near Thingvellir. This is the location where Drogon eats the goat in season 4 episode 6.

Eastwatch By The Sea (Reynisfjara)

Reynisfjara beach is the breathtaking black-sand beach. It is famous for its amazing cliff of regular basalt columns resembling a rocky step pyramid, called Hálsanef. Out in the ocean, there are also stacks called Reynisdrangar. This beach is the place where the men in the night's watch are guarding the wall. 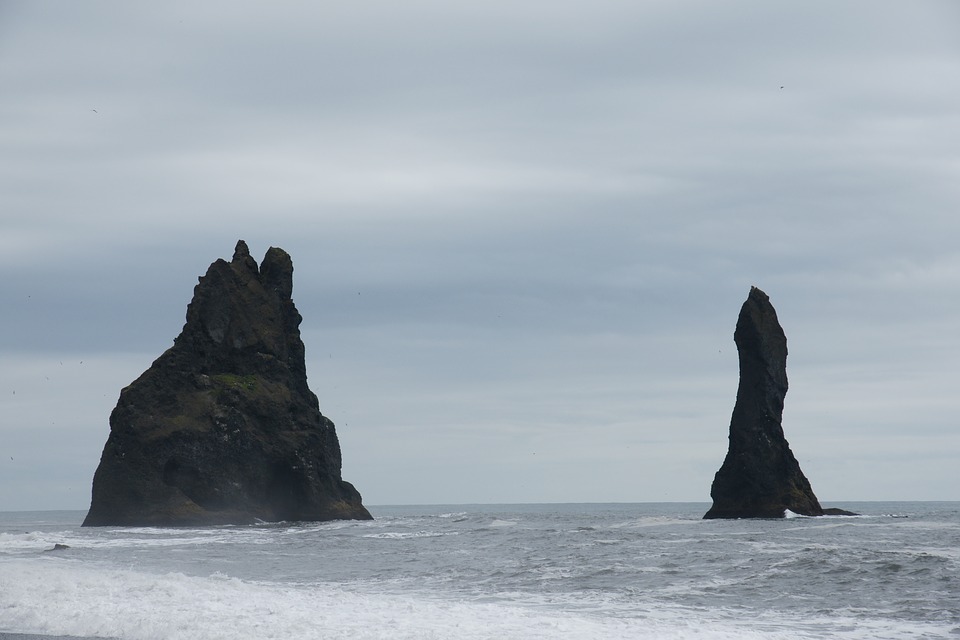 Eastwatch By The Sea (Dyrhólaey)

It is a small peninsula, which used to be an island, famous for its unearthly views of the south coast and abundant birdlife.

This "island" is seen in the episodes showing Eastwatch by the sea in season 7.

The canyon where they catch Wight (Stakkholtsgjá). Stakkholtsgjá canyon, 100 meters deep, is located close to the entrance to Þórsmörk. It has a narrow riverbed and a beautiful waterfall.

In the episode when Jon leads the team to ambush a group of wights, this towering moss-covered canyon with deathly quiet formations near Þórsmörk was as a setting for that sequence.

The village is a reconstruction based on the excavated farmhouse Stöng from the Commonwealth Era in Iceland. It is said that the farm was ruined when volcano Hekla erupted in the year 1104.

This is the farm in which the shooting of the scene where all the inhabitants were killed by wildlings when they were climbing the wall.

Season 8, the show`s final one will have six episodes that will tie up all the previous storylines. Shooting just recently wrapped up and what fans care about is where the shooting took place.

Are you waiting for the backstory of "Game of Thrones" called "Long Night"?

The Long Night, the prequel of Game of Thrones, will unfold eight thousand years before the time of the original "Game of Thrones." According to preliminary data, the series will tell about events that took place in Vesterosa long before the Seven Kingdoms united.

All indoor scenes, just like previous seasons, were shot in constructed sets at Paint Hall Studios in Belfast, Northern Ireland.

Now, the Night King is ready to wreak havoc south of the Wall, but maybe Iceland`s breathtaking scenery will be seen featuring the lands Beyond the Wall in this season as well.