Top 10 Places to Visit In Norway

Norway, a country in Scandinavia, with its population of just over 5 million, is one of the most beautiful countries in the world. The country’s endless snow-capped mountain peaks and deep fjords are nothing less but natural wonders. Norway is not only rich in spectacular scenery, but also is one of the world's most prosperous nations. Fascinating Norwegian museums are about every important aspect of its rich cultural and social history: the Vikings and fishing, art and entertainment.

Norway’s most of the stunning fjords, spectacular mountains and glaciers are easily accessible, but some of the best places are more popular than others. You will find plenty of tourist information guiding you where to go, however, to know the best points of interest in advance could be very rewarding.

It is the largest of Norway’s fjords, reaching 204 kilometers inland and branching off into smaller fjords along the way. Its widest place is almost five kilometers across. The cliffs reach as high as 1,307 meters, offering breathtaking sights. The best way to explore the fjord is by boat departing from Bergen. You can also explore the narrower branches like Naeroyfjord with cliff only 250 meters apart towering more than 1700 meters above the water or visit Europe's biggest glacier, Jostedalsbreen, and the Norwegian Glacier Museum. 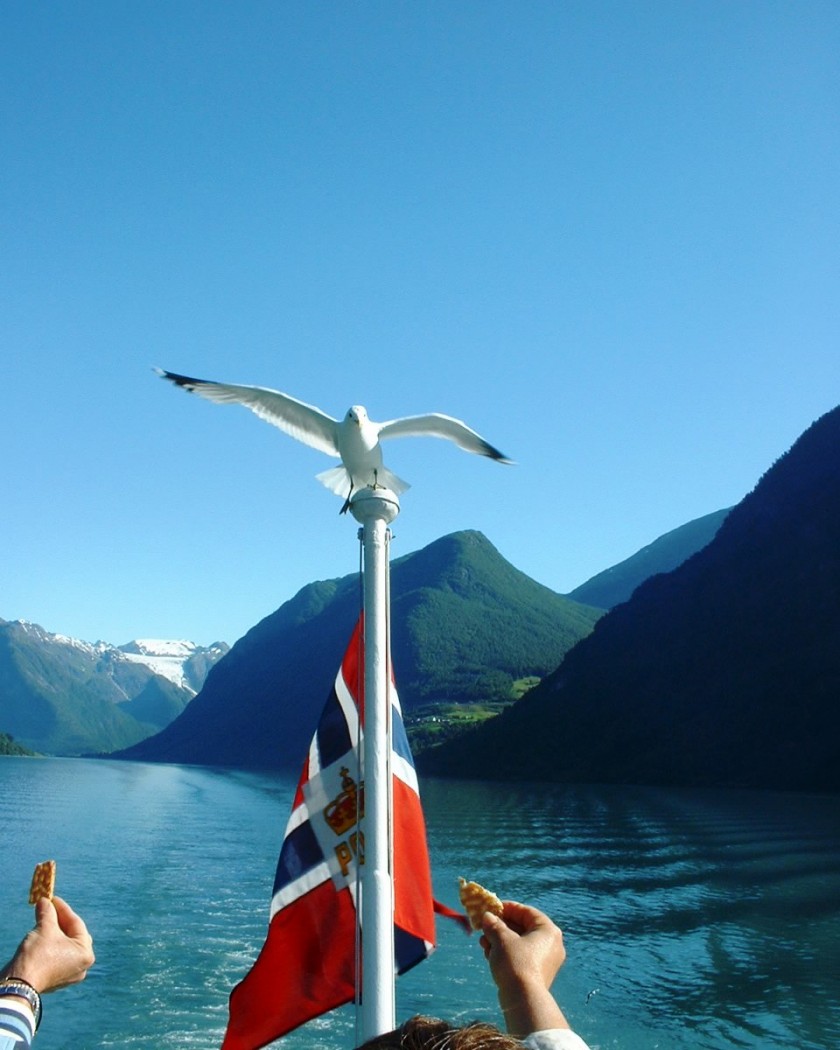 This tourist attraction is for the active traveler seeking an arduous journey to get there. Pulpit Rock is one of the most popular sights in Norway. The destination is reached by ferry and bus and then a two-hour uphill hike to reach the flat-topped cliff, more than 600 meters above the water. 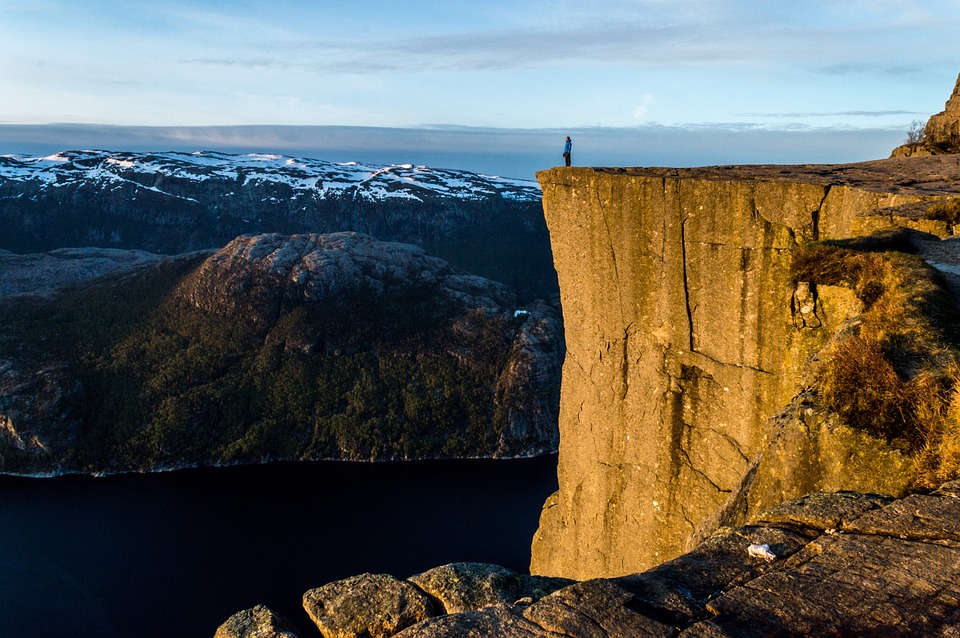 Situated less than 400 kilometers north of the Arctic Circle, Tromso is best known for its Arctic expeditions. It was settled in the 13th century as a fishing village. Because of its northerly position, Tromso is a perfect destination to see the famous northern lights. An unexpected attraction there is Arctic-Alpine Botanic Garden with hundreds of exotic flowering plants, as well the region's traditional medicinal plants.

The Lofoten Islands are famous with Norwegians, as well as with foreigners. Because of the warm Gulf Stream, the weather here is mild, which is unexpected to a location within the Arctic Circle. You can enjoy the beaches here, kayak, hike or explore traditional fishing villages and see the wildlife. The islands are also a perfect place to marvel the northern lights. 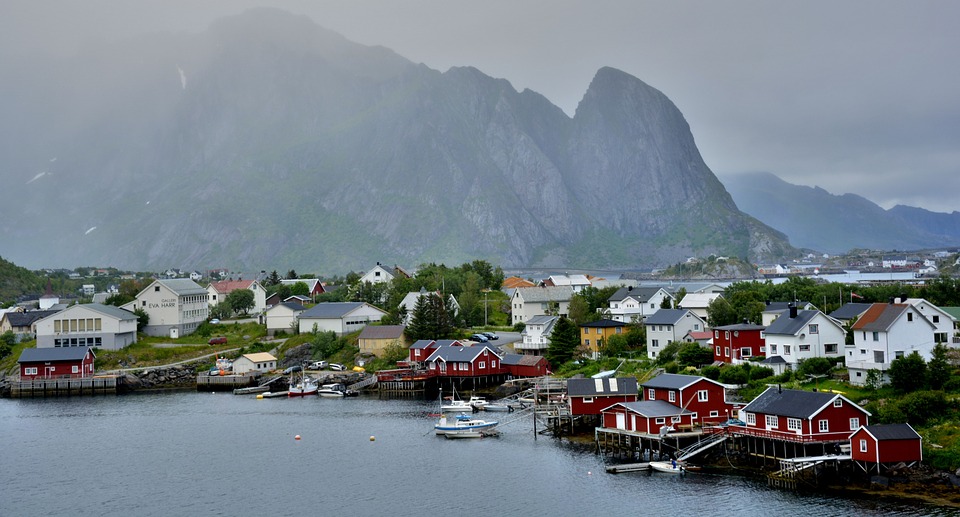 The Viking Ships Museum in Oslo is the largest of Norway's museums of this kind. It features three 9th-century Viking vessels, which are also the burial chambers for prominent Vikings. The largest of the ships was built around AD 800, which contained a chieftain’s wife and two other women. The items found there give insight into Viking life. The museum also houses a  23 meters long Gokstad Ship, and an impressive Tune Ship. The museum also contains artifacts from around the world from Egyptian mummies to the history of gold coins. Address: Frederiks gate 2, 0164 Oslo 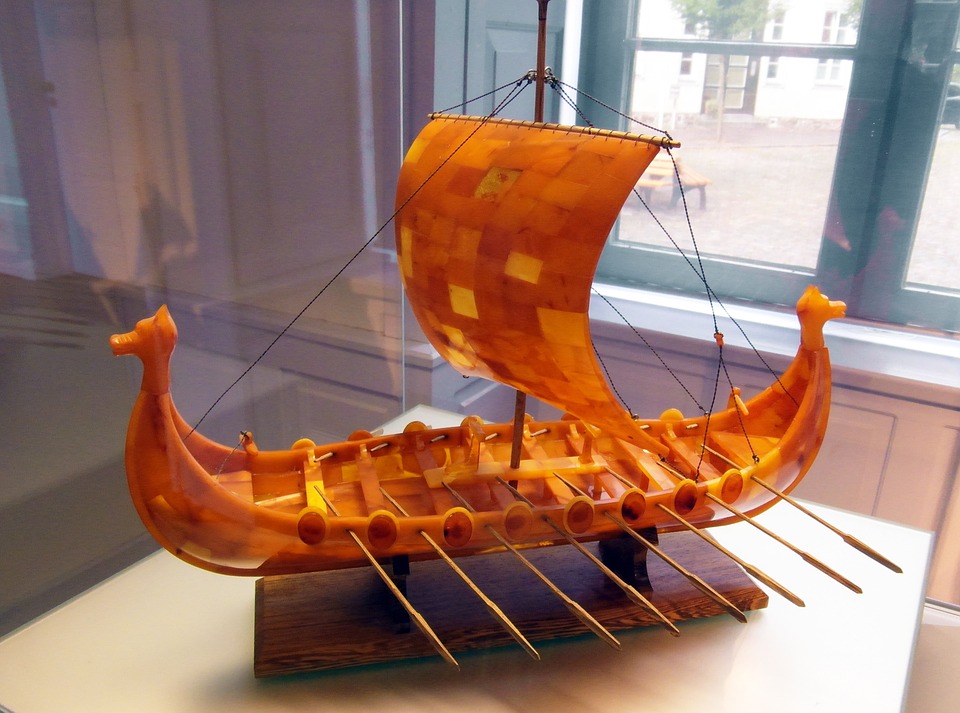 Oslo's Bygdoy Peninsula is located 4 miles west of the city and is easily reached by car or public transportation. It is known for its beaches, parks, and forests. Among its museums, the Center for Studies of Holocaust and Religious Minorities in Norway located in Villa Grande is one of the most popular. Another top museum is the Fram Museum, where you can see the ship Fram, famous for its Polar voyages, and the   Gjøa, the first ship to navigate the Northwest Passage. The world-known Kon-Tiki Museum is just next door. 7 Bryggen Hanseatic Wharf, Bergen 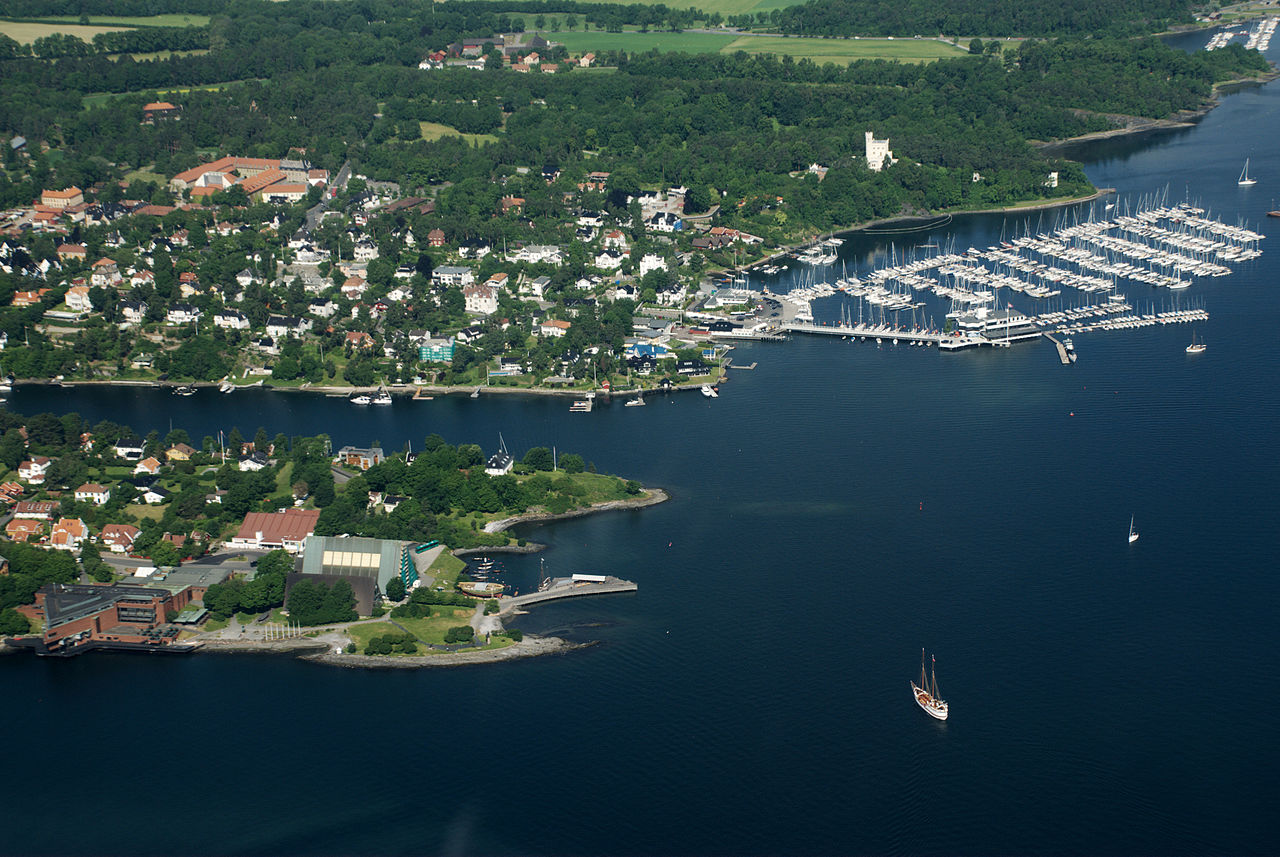 Bergen has a popular sightseeing place -  the Bryggen Hanseatic Wharf, a vibrantly painted area, former center of trade, dominated by Hanseatic merchants. Several historic buildings, showing life during the Middle Ages can be found there, as well as boutiques, restaurants, and the Bryggen Museum. In Bergen, you can also visit Troldhaugen, the former home, and a workspace of composer Edvard Grieg.  The Open Air Market is worth visiting as well. 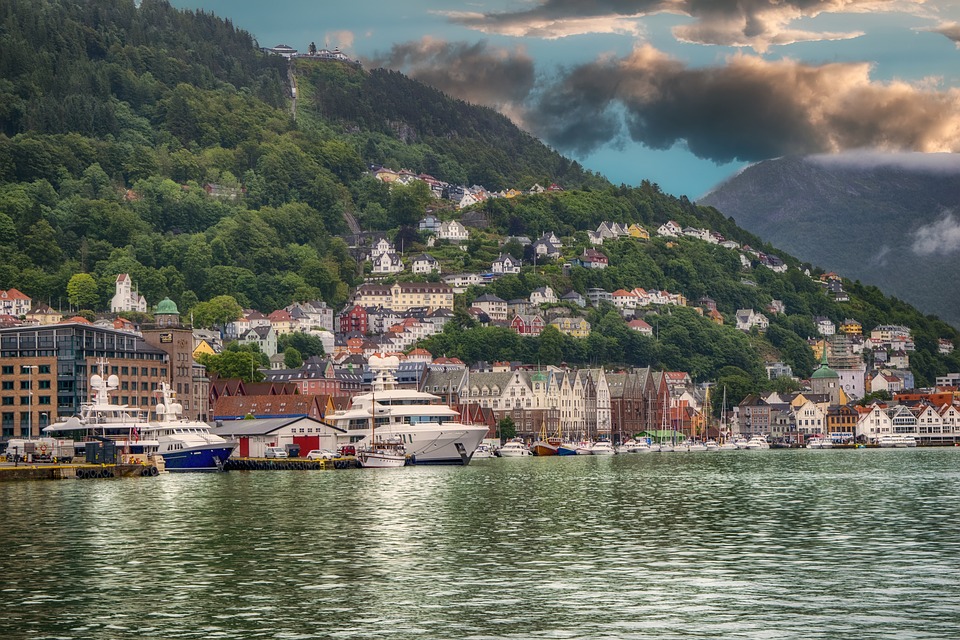 Tromsø is home to several wonderful museums, dedicated to studying life in the far north. Polaria Museum is known for its exhibits about the aurora borealis, the effects of climate change on Arctic ecosystems and Arctic wildlife and also an Arctic aquarium. The Polar Museum focuses on the history of the local fishing community and its research base for polar studies. Exhibits include the findings Arctic expeditions and scientific studies, delving into the world of the dark and cold   Arctic.

This beautiful sculpture park is one of Oslo's top attractions. It features 650 sculptures created by Gustav Vigeland. The sculptures are made of wrought iron, bronze, and granite, are arranged in five themed groups. The most famous of these depicts the cycle of human life, culminating in a 16-meter monolith. The sculptures are within the Frogner Park, which also houses the Vigeland Museum and the Oslo City Museum. 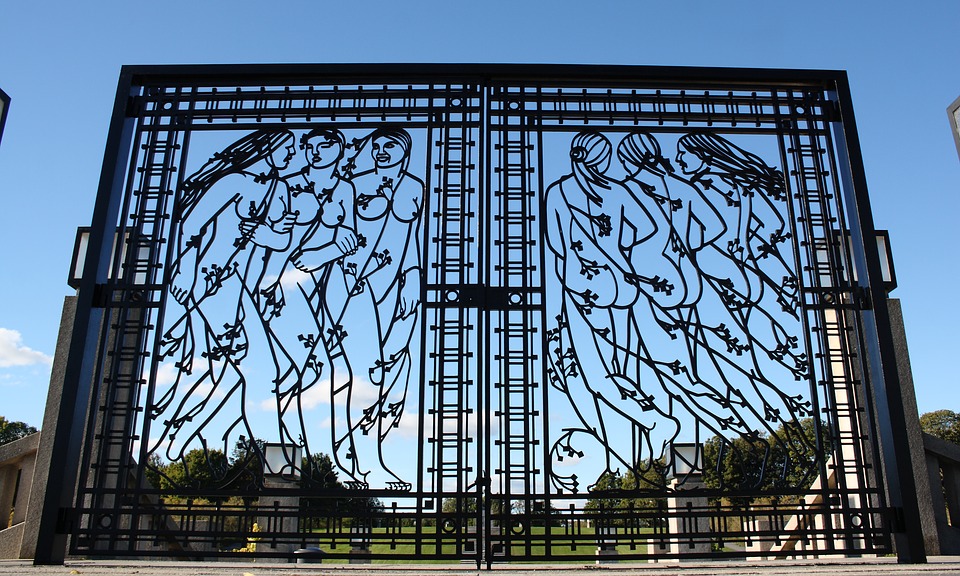 The famous  Fortress is a medieval castle built by King Håkon V in 1299. In the early 17th century the castle was turned into a Renaissance royal residence by King Christian IV. Its grounds have spectacular views over the harbor. Here you can also find the Museum of the Norwegian Resistance and the Norwegian Armed Forces Museum, with the displays of displays weapons and exhibits illustrating Norway's military history. The fortress grounds is also a place for events including public ceremonies, concerts, and shows. 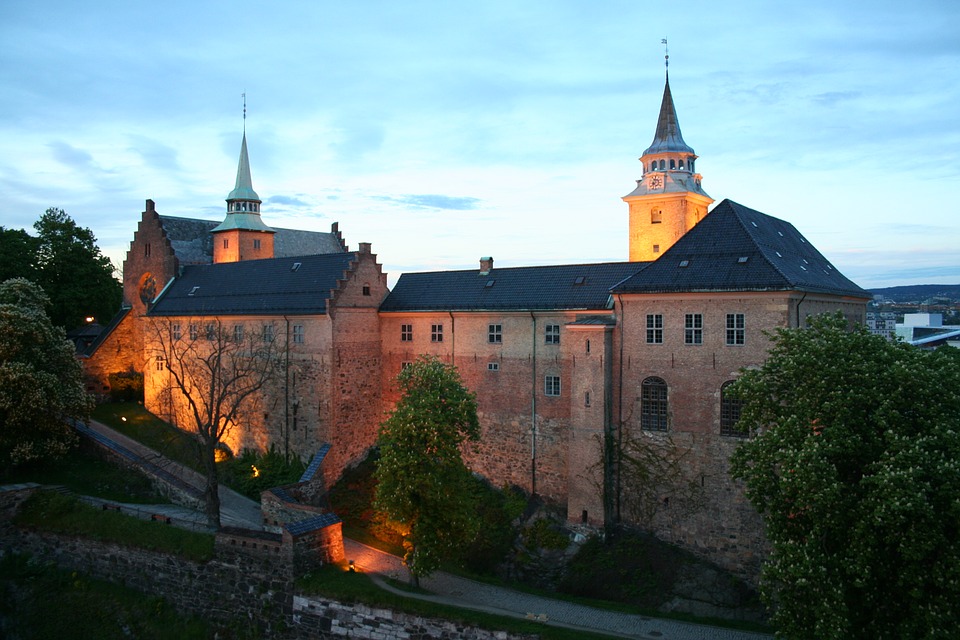 These are just a few places which are worth visiting in Norway. The country is full of fantastic landscapes, history, outstanding culture, and warm, welcoming people.