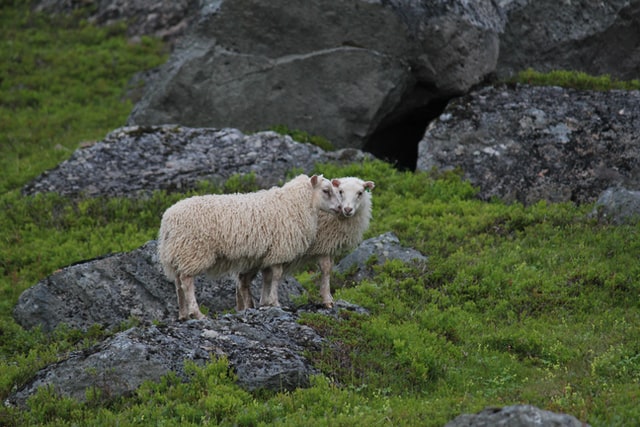 Iceland's primary industries for many centuries were fishing and agriculture. In the 19th century, the vast majority of Icelanders lived only by farming. Recently, less than 5% of the total population is engaged in farming as agriculture is almost exclusively confined to the peripheral lowland areas of the country. The main occupations are the raising of sheep, cattle, and poultry.

The climate of the country is cold, and the growing season is restricted. However, a variety of food crops are grown: potatoes, turnips, carrots, cabbage, kale, maize, and cauliflower. Tomatoes, cucumbers and green peppers, as well as cut flowers and potted plants are grown in greenhouses heated with geothermal energy.

The chilly climate also has certain advantages for agriculture: The lack of insect pests means that the use of agrochemicals—insecticides and herbicides—is very low. The lack of pollution due to the sparse population means that food is less contaminated with artificial chemicals

Sheep farm on the edge of Iceland

Farming of the Icelandic sheep is an important cultural heritage in Iceland and is practiced through-out Iceland, although in recent years, most farms are found in sparsely settled areas. Icelandic sheep are short-tailed and belong to a rare breed only to be found in very few areas of the world. 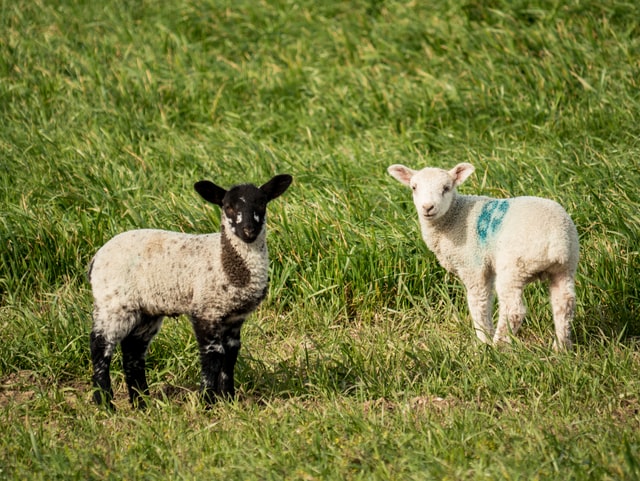 Photo by Matt Seymour on Unsplash

In May, sheep are sent to run free and graze the rich and nourishing vegetation in mountain pastures until autumn. Farmers collect their flocks in the autumn. Usually, the sheep are carried long distance to the settlement on horsebacks with the assistance of sheepdogs. All adults of a settlement take part in this process, which can take up to a week. During this time, participants stay in mountain huts located in the highlands. Each sheep farmer has his own earmark in order to identify his livestock. After the gathering, the sheep are all sorted into designated pens, according to earmarks. Many people, farmers or not, are visiting to just watch or take part in this event, followed by a big celebration. To take part in this tradition cherished by Icelanders, one can contact the farms to get an appointment for meeting and getting ready for the event.

Iceland has been visited for hot springs, Northern Lights, volcanoes, and fjords for many years, but its farming and the country's unique animals are becoming a popular attraction as well. The Icelandic horses, hens, cows, goats, and sheep have changed their ways on this spectacular, isolated, and ruthless island and adapted to becoming stronger and friendlier to people than usual.

Icelandic farm animals are worth special attention. They have become a perfect combination of wild and tamed.

If you want to get closer to those spectacular animals, experience the farms' atmosphere and beautiful landscapes, taste the local cuisine and enjoy a special holiday, visit a farm and pet the animals or stay at one of those authentic Iceland farms.

Sveitagardurinn is a farm- zoo in South Iceland. It first opened in 2018 and became popular since then. Located near Selfoss fall only about an hour's drive from Reykjavik, the capital of Iceland, it is a fantastic place to stop on a route exploring the South Coast. Their farm animals include all the most popular ones: Icelandic horses, calves, sheep, goats, hens, and pigs but also a variety of other animals such as ducks, doves, rabbits, and even a few Arctic foxes. 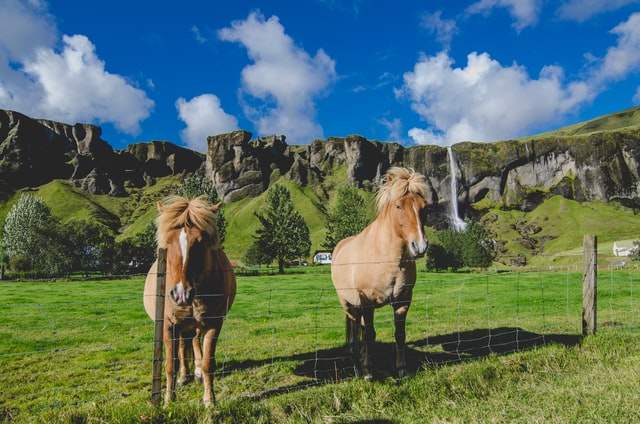 Photo by Sergi Ferrete on Unsplash

Haafell, a goat farm in West Iceland, situated in the geothermal area on the Snæfellsnes peninsula, is the only goat farm in Iceland where the farmers depend solely on their goats. Local and foreign visitors are welcome from the 1st of June until the 31st of August every year.

Kaffi Kú,a dairy farm, and café in North Iceland is located on the second floor overlooking the cowshed at a farm in Eyjafjordur near Akureyri. It is quite an amazing diversion to have lunch or a quick bite as they offer traditional Icelandic deserts with whipped cream straight from the farm and the best hot chocolate you've ever had!

Efstidalur II – a popular dairy farm in South Iceland is a place to offer a lot. First of all, it is an authenticl farm, secondly an excellent place to stay overnight, thirdly a horse rental and the list goes on. They have a restaurant and also their own home-made gelato parlor. This farm is located on the Golden Circle route in South Iceland and is close to many of Iceland's golden attractions.

Exploring isolated Icelandic farms is a unique alternative and an excellent choice for those who wish to experience authentic Iceland and get closer to the spirit of this spectacular country.