The Most Beautiful Castles and Palaces in Scandinavia 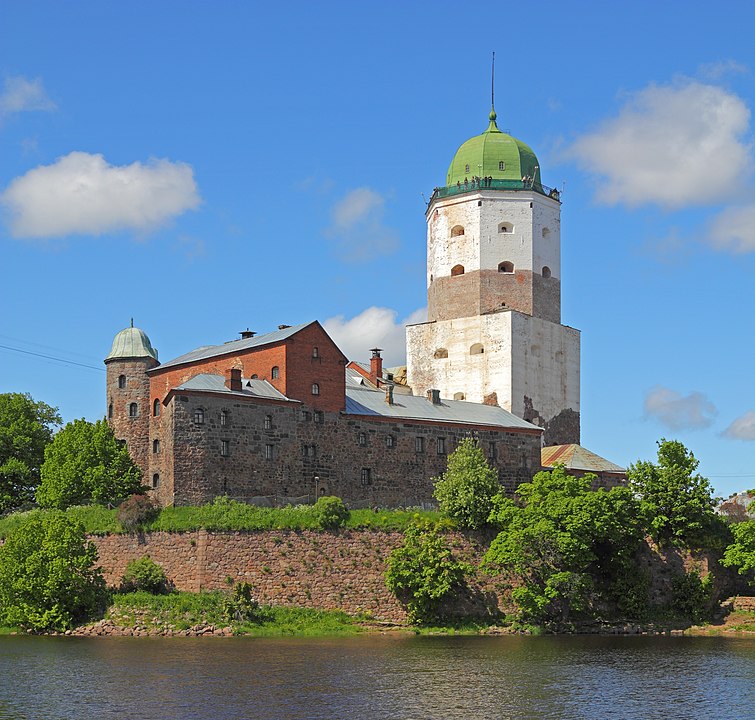 Scandinavian countries, among other natural and historical treasures, are famous for exciting castles and palaces. If you’re planning a trip to Scandinavia, you should definitely check out these beauties.

In the countries where modern monarchies emerged from prehistoric times, there’s no shortage of majestic royal places to explore. The beautiful castles and palaces are part of the local history and great places to explore Scandinavian historical architecture and way of royal life through the centuries up to the present time.

The Scandinavian countries are known for an old-world medieval charm that can still be felt in the famous castles of Sweden, Denmark, and Norway because of their ancient architecture as well as the ambiance. The castles have played a vital role in preserving the power and dignity of the countries while standing tall as remarkable architectural structures, promptly reminding visitors of the glorious past.

The Royal Palace in Stockholm is one of the largest palaces in Europe, and is the official residence of His Majesty the King of Sweden. 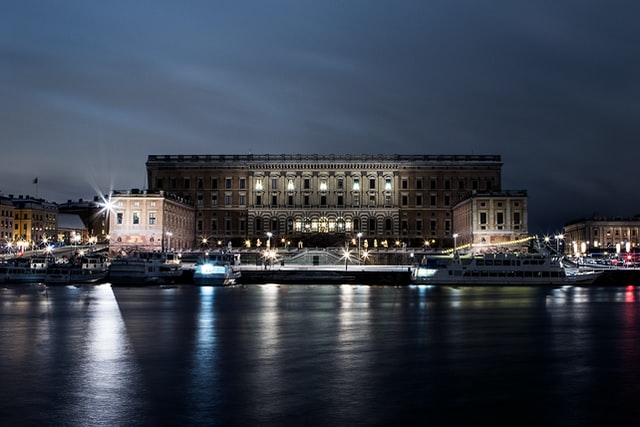 Photo by Ola Grönlund on Unsplash

The archeological excavations of the area revealed traces of timber structures dating back to the 10th century. However, the scientists believe that the medieval fortress built in the 13th century was the first palace to stand on this ground. A few renovations were carried out during centuries, and in 1754 the final version of the palace was completed in a Baroque style inspired by a Roman tradition with four façades representing the King, the Queen, the Nation, and Royalty in general, with more than 600 rooms spread across seven floors.

Gripsholm Castle is a castle in Mariefred, Sweden. It is located by Lake Mälaren, about 60 km west of Stockholm. Since Gustav Vasa’s reign, Gripsholm has belonged to the Swedish Royal Family and was used as one of their residences up to the 18th century. Now it is a museum, but the castle is still at the disposal of the King, and is part of the Crown palaces in Sweden.

Photo by iam_os on Unsplash

Bohus Fortress is over 700-year-old fortress north of Gothenburg, Sweden. It lies along the old Norwegian–Swedish border in Kungälv, Bohuslän, Sweden, and carries a significant legacy from Nordic culture.

Carlsten is a stone fortress located on the western coast of Sweden, at Marstrand. The castle-fortress was built by King Carl X of Sweden following the Treaty of Roskilde in 1658. Recently it is a museum with music, entertainment, theatre, and treasure hunts organized during summers.

Uppsala Castle is a 16th-century royal castle of Uppsala, Sweden, and it played a major role in the history of Sweden. Building of the castle started in 1549 during the reign of Swedish King Gustav Vasa, who intended it as a fortress. The castle façade we see today is a reconstruction of 1740.

Vyborg Castle is a Swedish-built medieval fortress around which the town of Vyborg, recent Russia, evolved. The castle dates back to 1293. It was one of the three most important castles of Finland, built as the easternmost outpost of the medieval Kingdom of Sweden. It is located on a little islet in the innermost corner of the Gulf of Finland. Currently, it serves as a museum.

Akershus Fortress or Akershus Castle is a medieval castle in Oslo, Norway. This medieval castle and royal residence, dating back to 1299, became a fortress in 1592 and between 1637 and 1648 was rebuilt into a renaissance castle. The Castle today contains banquet halls, the Royal Mausoleum, and the government's reception rooms.

Kristiansten Fortress was built on a hill east of the city of Trondheim in Norway in 1681. Its purpose was to protect the city against attack from the east. It was finished in 1685 and was named after Christian V of Denmark-Norway.

Sverresborg is a fortress and former castle located in the Norwegian city of Bergen. It was built by King Sverre Sigurdsson in the 12th century. The fortress today is under the command of the commandant of Bergenhus Fortress and is a military area, but open to the public.

Kronborg Castle, Denmark, is a magnificent renaissance palace and a designated UNESCO World Heritage Site. The majestic renaissance castle is impressive with its spires, towers, columns, sandstone, and copper roofs towering above a very narrow peninsula between the coasts of Denmark and Sweden. The castle is known as Hamlet’s home and receives 325,000 visitors a year.

Aggersborg is the largest former Viking ring castles, and one of the largest archaeological sites in Denmark. It was built by Harald Blatand in the 10th century and has been the base for many of the expeditions the Vikings took to England or further north in Scandinavia.

Egeskov Castle is located on the island of Funen, Denmark, and is Europe's best-preserved Renaissance water castle.

Amalienborg is located in Copenhagen, Denmark, and is the home of the Danish royal family. It consists of four identical classical palace façades with rococo interiors around an octagonal courtyard. The Palace was designed by the Danish architect Nicolai Eigtved in the 1750s. Amalienborg is the official residence of Queen Margrethe II and the Prince Consort. The palace is not open to the public.

Frederiksborg, Denmark, was built as a royal residence for King Christian IV of Denmark-Norway in the early 17th century.  It is the largest Renaissance residence in Scandinavia.

As Scandinavia is packed with stunning castles and palaces is not possible to explore them all during one visit. The Scandinavian tours usually offer the possibility to combine the highlights of Norway, Sweden, and Denmark, and sometimes Finland, too. However, to explore the architectural and historical treasures in depth, it is better to do it country by country.